The “smoothest integration” in 10 years of IT management

Data is an incredibly powerful business tool. In 2020, that’s no big secret.

That’s why kikki.K approached Lexer with the hope of integrating their various datasets and implementing a CDP to gain a better handle on the management, analysis, and activation of their customer data. kikki.K has sold in-store and online to customers in over 147 countries worldwide. With millions of customers, a variety of sales channels, and a wealth of customer data at their fingertips, they needed a solution to integrate, interrogate, and act upon their data effectively.

Lexer’s Customer Data Platform and support team helped them get up and running in time for the winter holidays, the busiest retail season of the year. We spoke with Matt Smith, General Manager of IT & Supply Chain at kikki.K, to get his take on the process.

With more than a decade of experience in technology and supply chain leadership, Matt is intimately familiar with the process of integrating retail systems. Often, those integrations turn out to be nightmarish.

“I’ve integrated with many systems over the years, both for kikki.K and other companies I’ve worked for,” says Matt, “so I was skeptical going into [the Lexer integration]… We’ve all been burnt by IT projects that have been blown out by time and budget.”

Namely, Matt has struggled with scope creep, dragging timelines, and more heavy lifting than his team initially expected. “One of the CRM systems we put in many years ago took the best part of a year to iron out all of the integration challenges,” he says. “There was a lot of calculating, crunching, massaging, and manipulation of the data to get it into a format that the partner wants, as opposed to just sending a raw feed, which is much simpler and faster.”

Many MarTech vendors demand data on their terms and they won’t roll-up transactions into counts, total spends, or other core attributes that need to be calculated. It might seem fundamental, but many vendors skip these straightforward aggregations and instead prefer to only run calculations on data they create or with proprietary models they can license.

Because of these poor experiences with other MarTech vendors, Matt didn’t expect anything different from the integration with Lexer.

“My initial thought was that we were vastly underestimating the complexity of the integration process,” he says. “To say that we could get it integrated in a month or two without any major issues was a bit of a pipedream, I thought.”

Additionally, the holiday season—a critical time of year for any retailer—was quickly closing in, and Matt’s team was worried that any obstacles in the integration would put the business in a sore spot for the busiest time of year. Despite these reservations, Matt believed that a CDP like Lexer’s would be an invaluable asset to the business.

“Historically, our approach to email marketing was absolutely the ‘spray and pray’ approach,” says Matt. “We had quite a large customer database and many years of history that we should’ve been able to get actionable insights out of, but we simply didn’t have the tool to do it… but the research is clear that targeted segments, albeit smaller, will reap better conversions. I felt that, if we could get [Lexer] set up by Christmas, we could actually move the dial a bit over the holiday season.”

What really solidified the decision in Matt’s mind were the insights Lexer was able to pull and share during the sales process.

“During the demos, the Lexer team had loaded in some of our data, so it was actually our data we were looking at, not a test demo with rubbish data that didn’t make sense. We sat there and were able to pull insights during the sales process that we had no idea were happening in our business.”
– Matt Smith, General Manager of IT & Supply Chain

When Matt began working with the Lexer team, it quickly dawned on him that Lexer’s onboarding process was not the typical, obstacle-heavy and time-draining process that he was used to with other vendors.

“I learned that Lexer seemed to integrate differently and that they really just want raw data feeds,” explains Matt. “The Lexer team said, ‘just send [the data] to us exactly how you’ve got it and we’ll do all the heavy lifting.’ That took a lot of work off my team and off my plate.”

Using kikki.K’s raw data, the Lexer team was able to compute attributes like:

Additionally, Matt says, the platform’s ease of use really stood out to him. “To click a few buttons and be able to pull out a really actionable segment or tribe is what impressed me from a usability perspective.”

However, Matt and his team at kikki.K still had one last reservation they needed to squash during the onboarding process: kikki.K’s ability to use the platform to its fullest potential.

“The tool is great and it makes it super easy to interrogate the data,” says Matt, “but I still think you need to have the right people using it, asking it the right questions, and interrogating it the right way, otherwise you’re not going to get the optimal benefit out of it… The team at Lexer actually helped us build out a profile to make sure we got the right person into the role to be the champion of the system. Now that we’ve put those people in place, that’s put my mind at ease a little bit.”

In the end, it took about five weeks to get the Lexer CDP up and running for kikki.K.

“I was still skeptical, but I’ll eat my words. In terms of any post-go-live issues, they’ve been minimal. I’ve been doing this for over 10 years, and I’ve never had an integration run smoother. Never.”
– Matt Smith, General Manager of IT & Supply Chain

“Like anything, there were a few bits and pieces that needed to be patched up after we had done the initial integration of the data and all the attributes were built… but overall, we had a really positive experience,” says Matt. “The post-onboarding support team were great and really responsive.”

Because the onboarding process was so simple and streamlined, Matt’s team at kikki.K was able to quickly shift their focus back to Christmas trade.

“[Christmas] is a really, really important part of our business, and all retailers would say the same,” says Matt. “Being able to knock over the implementation so quick and having a definite stop—rather than sort of meandering on, which is what’s happened in the past—meant that we were able to say it was done and move on. And then, having the tool to support Christmas trade and allow us to interrogate data so quickly and easily has been a massive win for the business this year.”

With the Lexer CDP in place, marketers and customer service teams at kikki.K can now self-service all of their data needs, which takes an incredible amount of pressure off of Matt’s IT team.

“Before we had [Lexer], ad hoc report requests would go to the IT team, and then they would scope it out, and write the queries, and generate reports,” says Matt. “These things would take three to five days and we would get asked to interrogate the data constantly. The reason we put in this tool is because it allows self-service, it’s intuitive, it’s easy to use, and it has all of our key data and metrics… You don’t need to wait to produce the report, and you don’t have to go back and forth with it 10 times when you need it tweaked or you want a small variable changed.”

“It is the simplest integration I’ve ever done in over 10 years of experience. I’ve looked at similar versions of the same tool from different vendors, but when you balance the cost, ease of integration, and ease for the end-user, I think Lexer is an excellent choice.”
– Matt Smith, General Manager of IT & Supply Chain

Retail systems are becoming increasingly integrated, and for good reason: Businesses with a centralized customer analytics tool are better equipped to offer the fast, personalized, and frictionless experiences that modern consumers have come to expect.

But integrating your data with a CDP doesn’t have to be a harrowing experience. With the help of Lexer’s dedicated onboarding support, Matt and the team at kikki.K were able to complete a rapid integration with very few bumps in the road.

Interested in partnering with Lexer to solve your data challenges? Schedule a demo below and see if we can help. 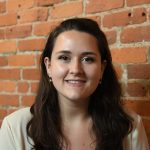 Elizabeth Burnam
Content Marketing Specialist
Elizabeth Burnam is a content marketer and a poet at heart. She has a degree in Professional Writing and experience developing high-impact marketing assets for a broad range of industries.Outside of work, she enjoys reading, painting, people-watching, and exploring the natural wonders of Vermont.
Client Stories
Customer Data Platform